I’ve been making the trip down to Spring Training since the year 2013, each year re-energizing me into the spirit of America’s pastime.

This year, I decided to take a three day trip down in to the heart of the Treasure Coast in Florida, and take in games at both FITTEAM Ballpark of the Palm Beaches in West Palm Beach, Florida, and First Data Field in Port St. Lucie, Florida.

The former, FITTEAM Ballpark of the Palm Beaches, is a brand new facility, which opened in the year 2016, and is home to both the Houston Astros and the Washington Nationals. 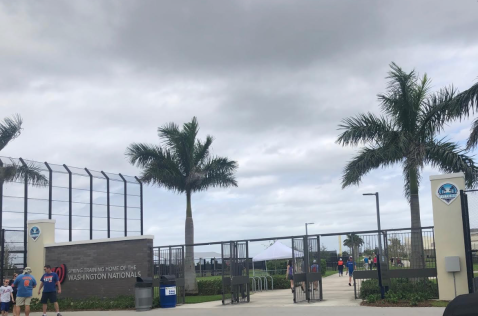 The teams essentially flip and flop home games, which means there is a game at the ballpark pretty much every single day, which is great.

On the day I attended, I went to see the New York Mets play the Houston Astros at their facility. Parking was rather simple and intuitive, and was available for $10. After getting settled, we had to take a golf-cart shuttle to the top of the hill where we were met with a long line to purchase tickets. 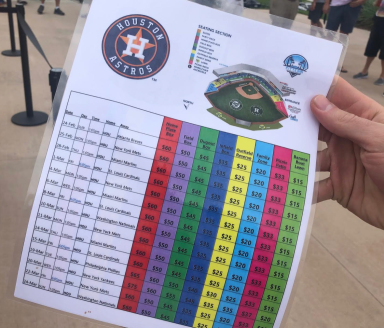 Thankfully they opened up one of the Will Call desks, and that sped up the process, somewhat.

Eventually we had our tickets in hand, and went through the metal detectors (grr..)

We decided to disregard the seating location on the ticket stub, and took a nice seat down the left field line, with the intention to bounce around periodically as the game progressed. 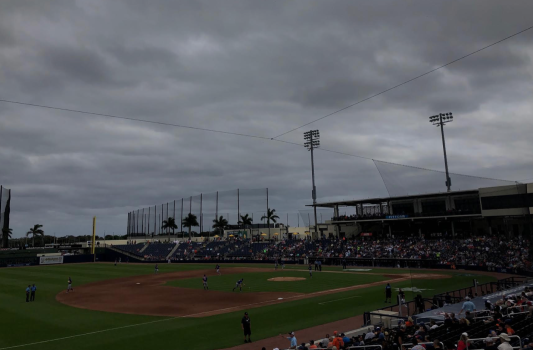 Despite it being an “Astros home game” the ballpark was filled with Orange & Blue, with (at least) 50% of the crowd being Mets fans.

With that being said, there were plenty of ‘stros fans, including the biggest one of all, Orbit (think of a Astros-loving-astronomical-themed-Philly-Phanatic) doing a great job entertaining the crowd. 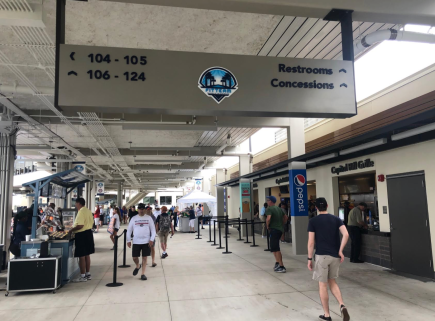 The food in the ballpark was also really, really, good, and all of the stands were in an open-air concourse with a specific name, like “Beachwood Burgers”, which I sampled, and thoroughly enjoyed.

Lastly, there were abundantly different and unique seating locations throughout the ballpark alongside a huge berm that stretched the entire length of the outfield. 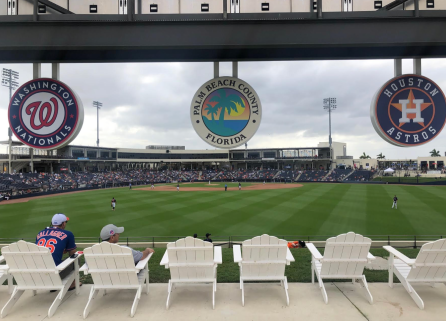 I would highly recommend taking in a game at the Ballpark of The Palm Beaches, especially if you’re looking for a family friendly, easy going environment.. the best kind for Spring Training!