The last twenty four hours sure have been hectic. I re-booked myself at least four different times to try to find the most comfortable way to get to Columbus, Ohio, and I’m now lounge hopping in one of the world’s biggest airports (drafting this in the Turkish Lounge, will probably post in the British Airways Lounge or the Virgin Atlantic Clubhouse). 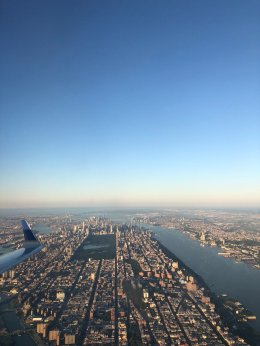 Anyway, as I depart from New York City and head to Columbus, I thought it would be a good opportunity to provide some fast facts on the venue of the upcoming Triple-A All-Star Game, Huntington Park!

The park, named after the Huntington Bancshares company, opened in 2009 (the same year as Citi Field), when it was named the Ballpark of the Year by Baseballparks.com, in a competition including all Major and Minor League parks (Wrigley, Fenway and Yankee Stadium included).

Huntington replaced the iconic Cooper Stadium, which was the home for minor league baseball in Columbus for just under a century.

The park, with it’s open concourses, seats approximately 10,100 folks, and has 12 luxury suites. The home club, the Columbus Clippers, is the Triple-A affiliate of the nearby Cleveland Indians. 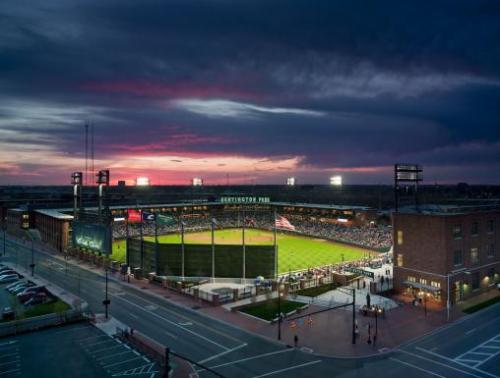 This is the first Triple-A All-Star Game for the park, but, as the main outdoor venue in Columbus, has hosted many concerts, and international sporting events.

The stadium is also one of the few in professional baseball that have no outfield wall advertisements, which amounts to a clean look for the park (Mets, take notes!)

I look forward to sharing my experiences at the ballpark later tonight and on Wednesday. Stay tuned!