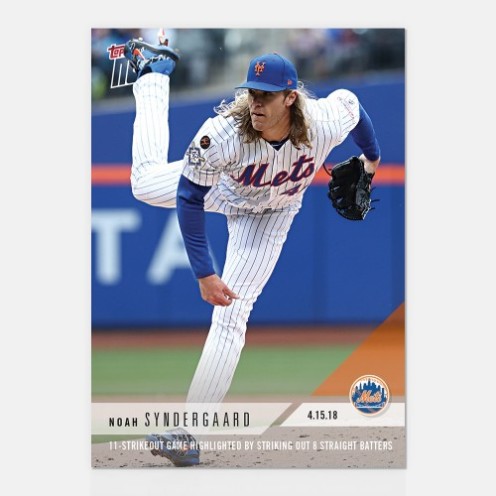 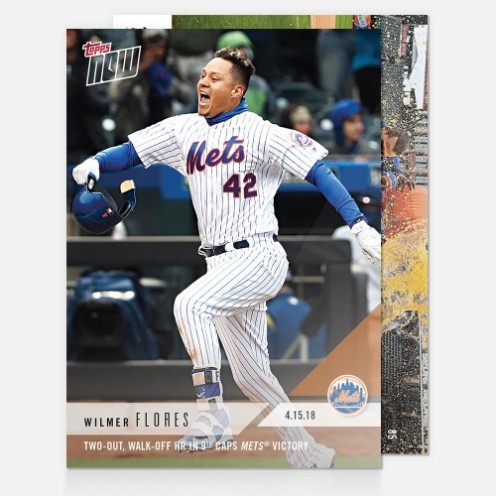 Last year we discussed the exciting new partnership between Noah Syndergaard and Topps, as he became the ambassador for ToppsNOW, the limited time card from Topps that is only available for 24 hours, and then it is gone, forever.

Well, for the next half hour, one can buy two Mets cards from the thrilling Sunday walk-off win versus the Brewers. Noah Syndergaard’s masterpiece and Wilmer’s Walk Off are both available (I purchased the latter).

For those that collect cards, like me, I’ve noticed that the value of a ToppsNOW card carries quite heavy weight against traditional cards, so if you trade with your friends, these cards are worthwhile.