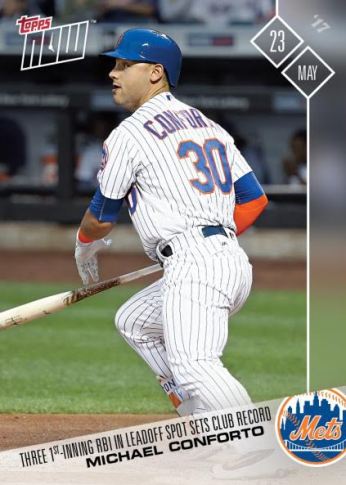 On Tuesday, Michael Conforto hit two homeruns and had four runs batted in (three of those in the first inning from the leadoff spot, which was a club record).

This was just another day of work for Conforto, who has been so hot, that fans have been urging other fans to #WriteInConforto, even though he’s not on the all star game ballot.

Topps NOW, the limited edition baseball card that crowned Noah Syndergaard their intern when they unveiled a card for him in April, has come out with another Mets card for Conforto, which one can buy here.

Of course, like with any Topps NOW card, this can only be purchased until 3pm, so if you want the card, click the above link quickly!