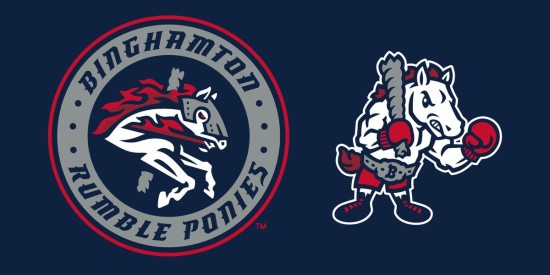 One thing I always liked about the Binghamton affiliate is that they were called the “Mets”.

Don’t get me wrong, I love interesting names. The Columbia Fireflies and Brooklyn Cyclones are two of my favorite minor league teams based on ascetics and appearance, but there was something nice about the Binghamton team being called the Binghamton Mets.

However, I’m not sure what connection the city of Binghamton has to a Rumble Ponie, whatever that is.

The only this that I kind of like about the new name is that it was chosen by the fans, (Bullheads, Gobblers, Rocking Horses, Timber Jockeys, Stud Muffins were among the other choices), and the colors are symbolic of the “Triple City Heritage”, so there is some symbolism in there.

What are your thoughts of the new name? Tweet me @NikoMetsPlus