Could the Mets be re-uniting with R.A Dickey next year? 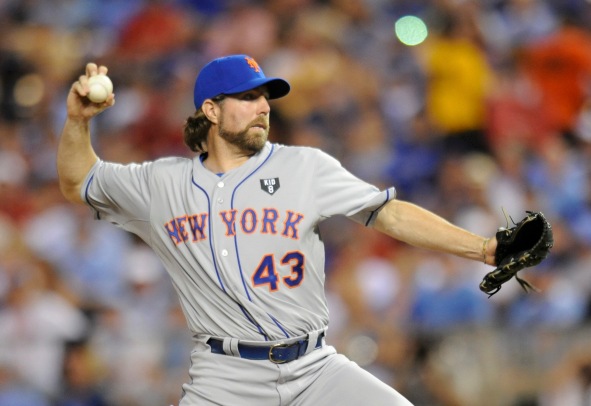 In the article, the author talks about how while Dickey doesn’t have another Cy Young season in him, and that he might retire once the Blue Jays season ends, Dickey is an innings eater, and that with all of the Mets young guns battling some sort of injury, Dickey would be a good option if the Mets don’t re-sign Colon.

But the one true fact that hit close (a little too close after this year) to home was the last sentence of the entry. “You can never have enough pitching.”

Dickey would be a strong 5th or 6th starter in the beginning of the year, and he’d be a great middle man if we can have our five aces in the rotation at the same time. Dickey finished the 2015 season with a 10-15 record and a 4.46 ERA. Not amazing numbers, but I somehow believe that he’d be better in Citi Field, as he seems to have better success closer to home.

Ultimately, this is only a smart move if the Mets don’t re-sign Colon. It makes zero sense to have two of the oldest pitchers in baseball, that have spent the majority of their time in the rotation, when you have seven viable options that are under thirty years old.