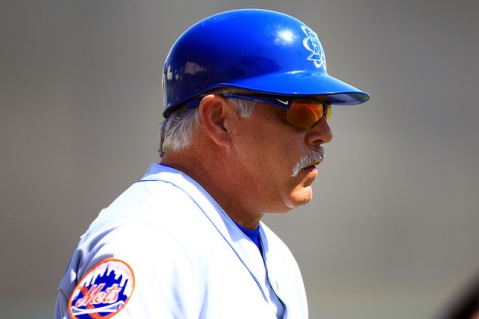 I’ve actively rooted hard for five people in the Mets organization since I became a fan in 2006: R.A Dickey, for being a great family guy trying to figure out a lifelong mission. Daniel Murphy, for being one of my favorite players that I wanted to see play day in and day out. David Wright, for being the last renaming guy from my younger childhood (until Reyes came along), Jacob deGrom, for being a guy that has similar hair to me, and for being a nice down to earth guy. And finally, Wally Backman, for being a guy I’ve wanted to see manage the team since I saw him carry the Brooklyn Cyclones to the NYPL Finals back in 2010.

However, any chances of seeing Wally Backman actually manage the Amazin’s has officially dropped to 0% overnight, as Backman, “resigned” from the organization, after a dispute with Sandy Alderson.

While there are no “teams”, and we know little to nothing about what actually happened, I stand behind Wally. I interviewed Wally back in 2015, after a huge win over Sacramento, and I could see his dedication to his craft, and I saw in person the relationships he had with players, and how much he helped the Mets farm system over the years.

If you asked me what happened, I think Matthew Cerrone of MetsBlog.com summed it up perfectly:

“I bet Backman was hoping to get added to the big-league bench when his season ended in Las Vegas. And when he didn’t get the call, he complained, and that was the last straw for Alderson”

This is just another mistake the Mets front office has made over the years. While I don’t think letting Backman go will be as big of a mistake as not re-signing Murphy was, it might come awfully close, we shall see.