What I learned from Mets Hot Stove at Duffy’s

Tonight, various Mets players and members of the front office & coaching staff appeared in the final installment of SNY’s Mets Hot Stove channel, which was filmed live in the Duffy’s Sports Bar in Port St.Lucie, Florida.

Wilmer Flores, Yoenis Cespedes, Matt Harvey, Terry Collins and Sandy Alderson all appeared on the show and they all restated the importance of one important phrase: Unfinished Business.

Tomorrow at 1pm, the Mets return to TV to start what should be one of the most interesting seasons of Mets baseball the we have seen in a long time. There are no injuries entering camp, and everyone seems to believe that the Mets will automatically jump right into the World Series.

Now, that’s not a bad thing, it’s much better to see everyone be in love with the Mets, over the usual negative karma that typically surrounds this team, but I think that some people should realize that getting to the World Series is a honor, and it’s not easy to get back. I believe that it is very doable to get back but your going to have to be lucky and catch a lot of breaks, regardless of how good your rotation, offense, or defense is.

Anyway, to get back to the title, I noticed that everything psychologically is running on full cylinders and no one has any doubt on their destiny, and the fact the players believe it just as much as the fans do gives me confidence going into 2016.

Today, the Mets travel to Viera to face the Washington Nationals. While most of the players aren’t taking the bus trip north, it’s great to see the long offseason come on step closer to ending.

For the Mets, Rafael Montero will face Daniel Murphy’s Nationals for the first time. While the game cannot be watched via TV, WOR 710 AM has the game on their air.

Tomorrow, the Mets 1:00pm home opener will be on SNY. 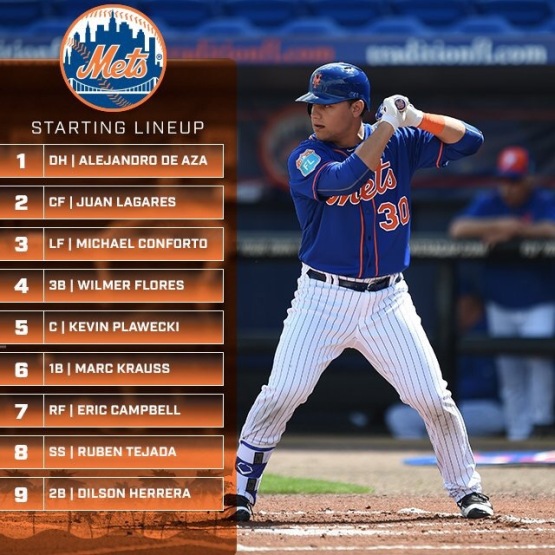