Mets sign Bartolo Colon to a one year deal. Here’s why it’s a good deal:

Bartolo is back. The forty-two year old has officially signed a one ear, 7.25 million dollar deal, to make him the backup fifth starter slash long-man, in a group of young power arms.

While his services aren’t essential to the 2016 Mets, this was an exceptional signing, as Bartolo brings more than just his statistics. 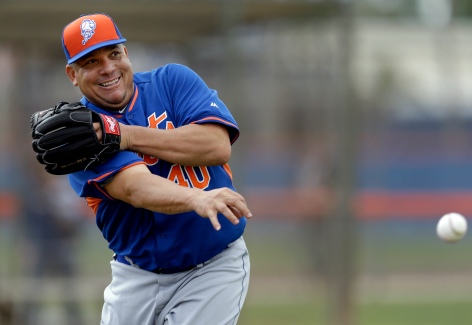 Tim Rohan of the New York Times suggests that “Signing Colon gives the Mets flexibility. He will probably be the fifth starter for at least half the season, until Zack Wheeler returns from Tommy John surgery. Colon could then become a reliever, a role he welcomed and thrived in during the postseason.“, and that’s 100% accurate. You can throw Colon into any role you give him, and he will preform admirably. Of course, entering age 43, you wonder how much you can use him with a quick turnaround, but, if we are lucky and avoid the injury bug, we might not have to deal with that problem.