5. Wright and his injury- 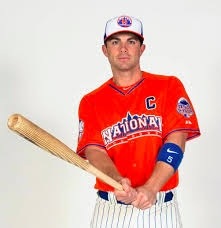 You don’t have to go two blocks in NYC without finding a piece of David Wright merchandise, it’s like that with him and Derek Jeter exclusively. So, when Wright got injured in mid-september, hopes of a wild card died before we could blink. Wright says he’s 100% healthy, but I want to see a strong Spring from him this year. Wright always has a good first half, and kind of slows down as we get into the summer, usually ending up with a 290 average, 20 home runs and 85 RBI’s. 2014 was completely different, and with this new pressure to be the “face” of NYC Baseball sports, I think the Mets need the old David back.

Flores is the shortstop? Not so fast. As I talked about in my last post, if Tejada hits 350, and Flores hits under 200, Tejada is getting the nod, because that is what Terry Collins likes to do, in-season and during spring training, removing the confidence of the player, and changing the focus of the game from Mets vs Nats to Flores vs Getting demoted to AAA in favor of Tejada.

3. Terry Collins and the hot seat –

If there is one good thing about these billboards for Mets ownership, it has slightly reduced the strain on Terry Collins, as the hatred has shifted focus to Sandy Alderson and the Wilpons. Chris “Mad Dog” Russo said that Collins is on the hot seat entering spring training, and could get fired if the Mets aren’t above 500 come Memorial Day weekend. I hope this means Collins manages with a more competitive tone.

Bobby Parnell will return from Tommy John surgery in 2015, and the debate on who should be the Mets closer is very interesting. My bet is only the only man who hasn’t closed, Familia. I believe this because Familia had the lowest ERA of anyone on the Mets last year, and held composure very well. If this or Mejia happens, what role does Parnell go into, could he be a potential trade chip?

Harvey will be happy to know that he is once again the topic of conversation in Port St. Lucie. Questions like “Will Harvey be Harvey?” “Will Harvey have an innings limit?” “Will the man of the hour pitch on Opening Day?” are three of many questions surrounding Matt Harvey. Luckily, he loves talking to the media, so him getting “distracted” and “overwhelmed” by attention probably won’t impact his readiness for Opening Day, but could impact his cockiness.

Hey everyone. I got a chance to write a quick post while I’m on vacation. MetsPlus starts daily Spring Training coverage on February 25th, so, stay tuned!

As players from all across the league descend on Florida and Arizona, a sense of hope gets renewed. Teams like the Dodgers, Cardinals and Tigers, locks to make the postseason in some role, have the early confidence as the exhibition games commence. The teams that won’t make the postseason like the Phillies and the Astros get to see 2018 early with youngsters playing in the late innings of games. Then there are the guys in the middle. It’s sort of like a team that are not buyers or sellers during the trading deadline, so they are called stand-patters (something I talked about HERE, last June). The Mets have been stand-patters in the trading deadline for years, and there has always been issues with the team entering spring training. A lot of players on the Mets have a lot of things to prove this spring, like Noah Syndergaard and Rafael Montero , two players that are on the verge of making big-league camp, but are getting hurt by the large rotation and poor 2014 seasons. Steven Matz gets a pass during spring training, as he has just been put on the spot this offseason by the writers, and of course, his exception 2014 performance. On the hitting side, I still think that we could see a secret competition between Wilmer Flores and Ruben Tejada for shortstop. (If Tejada hits 350, and Flores hits under 200, Tejada is getting the nod, trust me.) 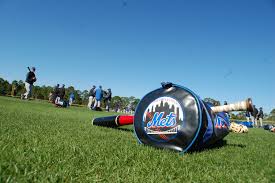 So rejoice Mets fans, it’s spring training. Games start in two weeks, so get ready for some good old baseball coming back to a TV/Radio near you!