I arrived at the event just before it wrapped up. While I really didn’t want this to be the cause, circumstances prevented me from showing up earlier. Diego Isio, the events coordinator, invited me to this event, so a huge shout-out to him for making this possible.

Before I get into my recap, you can see more coverage of the event here and here.

I got the chance to interview two players that were involved in one of the most memorable plays in Baseball history Mookie Wilson and Billy Buckner. 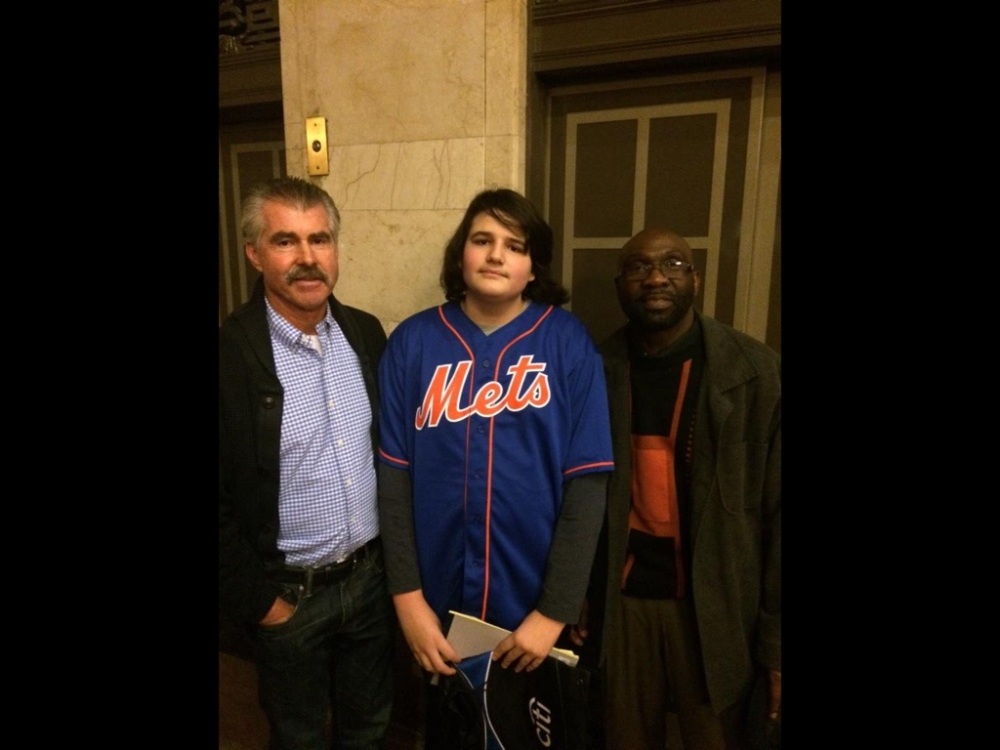 I wonder what it’s like to be asked the same question, over and over, day after day. That’s why I hesitated before putting the infamous “it gets through Buckner!!!” play on my question sheet. However, We only live once, so I went ahead with it. Buckner said “Well quite honestly, baseball fans realize that one play isn’t the reason why the Red Sox didn’t win, and, it’s like life, everybody goes through trials, and it’s how you handle them and how you look at it.” Talking more about his career, Buckner said, “Well, I was a good player like you said, but that was a long time ago, and people don’t really remember that. They know who I am now, and they know that I was a pretty good player.”

Buckner retired after the 1990 season with the Red Sox. I asked him what he has done post-career. “I coached for about 10 years… Stayed in the game”. Finally I asked Buckner what it’s like to play in a prestigious baseball cathedral like Wrigley or Fenway. Here’s what he said: “Well, Wrigley Field and Fenway, are obviously small ballparks and cozy, and with the wind going the right direction it creates pretty good hitting. So we had some pretty good games there. 23-22 against the Phillies, 15-14 against the Reds, and in Fenway, it’s such a different type of ball park with that big wall and the nostalgia.
I really enjoyed his responses, and thank him for letting me conduct an interview of him!

Next up was Mookie Wilson, number 1, speed, top of the lineup, and most importantly, the guy who hit the “little roller along first”. I asked him what his most special moment was, and his answer was no surprise! “I think any athlete, once you win a championship, that has to be the moment that highlights the career, because this is what you play for. There are other moments that are just as exciting, my very first game at Dodger Stadium was a dream, seeing them on TV on time. Also, winning my first game, getting the game winning hit, hitting a home run off Bruce Sutter to win the game.” I also asked him about the differences about the game in the 80’s compared to now. He said, “The preparation for the game has changed, guys put more time at the stadium, and, coaches are expected to put up the same amount of time…. That’s the biggest change I think”. I asked him about the 2015 Mets and if he had any predictions. He told me, “No, I don’t have any predictions, I think that, they are moving in a direction that I like, and, we have to see where it ends up. You don’t win it on paper, you win it on the field.”
As the bias Mets fan that I am, I wish he had more confidence in the 2015 Mets, as I think this team will be very special.
Also, here’s the video of the infamous play in Game 6 of the 1986 Fall Classic:

Special thanks to everybody who helped me during this experience!