There is nothing stranger than knowing that the game you attended will be the last game you’ll see live until March. That’s what I felt when I went to ALCS Game 2.

This matchup featured the Kansas City Royals, and the Baltimore Orioles. While both teams are young and use the small-ball approach, the Orioles were definitely the favorites coming in. Don’t get me wrong, the O’s have a fair shot at this, it’s just no one expected this much from the Royals.

We stayed at the Hilton Baltimore overlooking the yard for the one night, but what a special night it was. They gave us a “We Won’t Stop” rally towel as we entered, and I swear they never left our hands! The O’s fans kept on yelling and screaming until there voices gave way, the stadium SHOOK on numerous occasions, and the atmosphere was electrified.The only problem I had with the game is that the fans had to be prompted to “Stand Up” about 25 times. Don’t you guys know that in the 9th inning in a close ALCS game you shouldn’t be sitting down? Also, we had to “wave” our towels for TBS about 5 times. The game itself was awesome. Of course, I want Kansas to take it all, but to do that they are going to need some help from their big bats. Billy Butler and Alex Gordon need to do more offensively in order to reach set standards. The Royals are definitely in the drivers seat for the series, I expect them to go to the World Series. 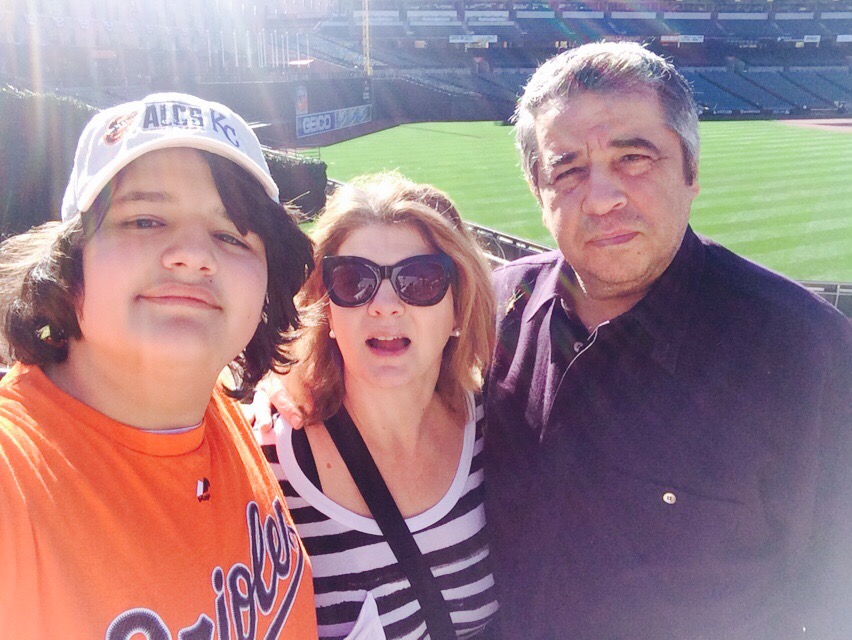