Well, the time has come to list the Top 5 Shortstops. Shortstop is a position that has a lot of versatility this year. There will be some really good SS’s that dont make the list. I have taken a lot of things into account, and I believe I got this list correct. 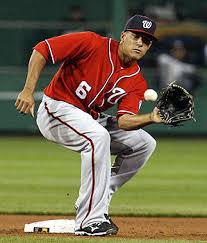 Desmond JUST beat out Reyes, Simmons and Andrus for #5. The 20 homeruns clinched it for me. Desmond is very young, he has a lot of good years ahead of him, yet I think he needs to improve his stroke at the plate. He is a Troy Tulowitski type player, yet the average isnt there yet. Playing in Nats Prk definitely helps him, as he plays on a playoff contending team. Desmond is in my mind, the Third best National.

I really didn’t want to put Peralta on my list. I didn’t want to see Biogenisis linked players on any of Pepper’s Prime list. I agree with the argument that players shouldn’t earn more money ( Like Peralta did), yet Peralta is an exception for me. Peralta career wise has always been one of the best. This year was no different. Any player with a batting average over 300 has my respect. Peralta also brings pop and RBI. The diffrence between a guy like Simmons and Peralta is that Simmons batted a shy 247, while Peralta hit 303.

I never liked Ramirez’s personality. I always viewed him as cocky, though I cant take that into account, he is lazy on the field. Ramirez has had a lot of up and down seasons, and that is why he dosent make it higher on my list, so now to the stats. Ramirez hit 345 this year, that is flat out awesome. Not many players can just go out and do that! The RBI’S arent there to make it higher in the list, but he is one of the best shortstops in the game.
2. J.J Hardy – Baltimore Orioles 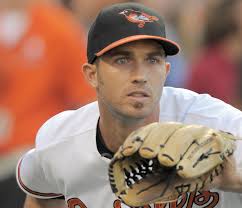 Hardy is a player with multiple attributes with the offense is great, the defense clinched it for me. Hardy hit 25 homeruns this year, which is much more than the other candidates. Hardy also got 76 RBI’s this year. It was between Hardy and Ramirez for #2,, and I know, the 345 that Ramirez presented is pretty awesome, bur Ramirez’s defense cant compare to that of Hardy’s.

Tulowitski wasn’t much of a surprise to any of us. Tulo bat 312, with 25 homeruns and 82 Runs Batted in/ Troy has always stated that his role model is Derek Jeter, and that he strives to play hard, and its no secret that he does just that. Tulowitski is now the backbone player of the Rockies, with Helton being retired. Well, those are the Prime Shortstops of Baseball. Tulowitski wins Gold (in a way). Next up are the Relievers, next Tuesday 2/17!