Roy Oswalt, who was selected to 3 all star games, has retired at age 36. The decision is pretty understandable after Oswalt had a rough 2013 in which he won zero games, lost 5, and posted a miserable 8.63 ERA with the Rockies. But if you go back to his Houston Astro days from 2001-2010, Oswalt was one of the best pitchers in baseball. He lead the Astros to an NL Pennant in 2005, was a 3-time all-star, and won 20 games in back-to-back seasons. In his 13-year career with Houston, Philadelphia, Texas, and Colorado, Oswalt won 163, lost 102, and had a very good 3.36 ERA.

The 2014 Baseball Season is in the works. But the question remains, who are the best players in the game?Well, Pepper’s “Prime” series will help give you the answer. Today, were going to look at the Top 5 Left Fielders. Let’s get started!
#pepperleftfielders
While you may not agree with the list, we will give you our reasoning for all of them!

Quentin just came off a good 2013 campaign, He hit 13 home runs and batted 273. He ranked 8th on MLB Networks “Shredder” list. He made the Pepper list because of his 363 OBP, and his 2.0 WAR. Defense is heavily taken into account, and Quentin definitely gives the Padres an arm. He is also locked into a contract thru 2016.

Choo recently signed a moster deal with the Rangers, this is because of his monster year with the Reds in 2013. His season coudn’t have come at a better time, with Free agency and young age. He hit 21 Homeruns, and batted 281. The reason he isn’t higher on my list is because he has a suprisingly low SLG Percentage at 462. Choo has a lot to prove in Texas this year. He only stole 20 Bases this year, so he is not an A+ player.

I am going to get a lot of heat for this one, yet you truly have to hear me out. The injuries killed Harpers chances at being number one. He only played in 118 games last year. While his batting stats do give him #1 like credentials (368 OBP, 20 HR) he dosn’t get the top spot. I expect Harper to be #1 next year if he stays healthy. 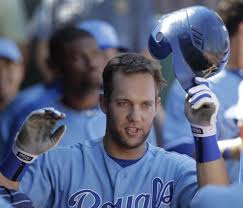 A lot of you are going, huh? Right now, well trust me he deservs it. Gordon hit 20 Homeruns, just like Harper, yet he hit over 20 more RBI’s, with 81, and Gordon plays on a light Royals team with not a lot of All Stars, unlike Harper with the Nats. Gordon had a 4.2 WAR, which is outstanding. He also has a 15 RAA (Runs Above Replacement). Gordon wasn’t a lock for #2, yet stats don’t lie.

Well, this was no surprise to me. Holiday batted 300 flat, which no other left fielders did. Holiday also barley missed 100 RBI’S, and hit over 20 homeruns.
Holiday also was #1 on the Shredder’s list. Holiday is a front runner for this years #ASG, and had a good postseason. Holiday also has a laser arm, which just adds to his credentials. Well that’s our list! Holiday is MLB’s most prime leftfielder.

– The Yankees formely introduced Masahiro Tanaka in Yankee Stadium today.
– The Sydney Opening Series take place on March 22nd, and features the D-Backs and Dodgers.
-Matt Kemp may not be with the team Down Under, according to a Team Insider.
– Today’s Jet Couriers “Prime Leftfielders”
| back to blog home |
Theme: MLB “retro” | Get a free blog at WordPress.com