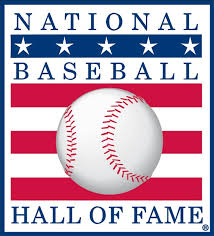 Well its that time of year again! Time for Hall Of Fame ballots to get stuffed.
Last year of course, no one was elected, which caused a stir among Baseball Fans. This year however, I am over confident that multiple players will be elected. Barry Bonds is one of the most controversial players on the ballot.  There is two sides to the argument. Do you A) Not vote for him despite him holding the record for home runs only because of his alleged steroids use? or do you B) Vote him in to the Hall since he is holding some of the best baseball records(albeit with a big asterisk) of all time. If it was up to me I would have to let him in. Any home run champion, no matter how deceiving he was, deserves to be in the Hall, after all, many other non-HR Champ players have made it into the Hall. Greg Maddux also deserves a vote, he was one of the best starting pitchers of the 90’s. Other starting pitchers that I believe will make it are Curt Schilling and Tom Glavine.
I also hope that Mike Piazza makes it in during his 2 year on the ballot. He is one of the best hitting catchers of all time. He barely  missed the cut last year. I believe Frank Thomas will make the cut, but I wont be surprised if he is on the outside looking in. Best of luck to all the candidates!